"Very nice experience that this festival that rises little by little among the great." This sweet word, signed by Keyvan Khojandi, President of the Jury of the International Competition, sums up all the messages received after the award ceremony which took place, for the first time this year, on Saturday, June 11 at the Studio cinemas in Tours.

That day, we had the joy of seeing an audience, mingling with the jurors present, sharing a drink or a slice of local produce, program in hand, smiles on their faces, stars in their eyes. If we had no doubt about the quality of the films shown, we were apprehensive about a reluctant return to the theater. Finally, even if the room was not full, the spectators, under the charm of these films in such a short format, showed so much joy and pleasure in sharing this moment of cinema that it was enough for us to be happy. The same was true all around the world where the festival was welcomed: a public that could have been more nourished but a conquered public.

And it is a real challenge that awaits us for the next few years: faced with the increased competition from streaming platforms that offer films in quantity to be seen from one's bed or couch, we will have to convince people that cinema is definitely not a consumer product. Cinema is above all an art that invites to communion, to share emotions with others, with people we don't know. Le Très Court, just like the other formats, must remind and hammer home this credo, and we will do our best to do so.

The festival is not only a team, an audience or juries composed of film professionals, it is also and above all works and, behind each of them, men and women who express themselves on the world with their own language. Among them, the young filmmakers who take up the challenge of Défi 48h Très Court Environnement. This year again, the result is amazing: in less than two days, the candidate teams have proven their talent through films as vibrant as they are relevant. And meeting them in the flesh, during the awards ceremony, is a perfect opportunity to tell them to continue in this profession. Moreover, if you wish to discover the films and encourage their authors, it is not too late as the twenty selected films will be screened Wednesday, June 29 at 6pm at the cinema Le Lux to Valence.

Similarly, at the screening of our Women's Voices selection held in Paris on June 8, we welcomed Katie Byford, winner of the Women's Rights Award, for her film You look fine. The British director crossed the Channel to receive her award and, by her own admission, had an unforgettable time: "The magic of my experience in Paris has stayed with me, and will stay with me for a very long time," she wrote. I could not have imagined a more wonderful 24 hours. I was deeply moved by the reception my film received." 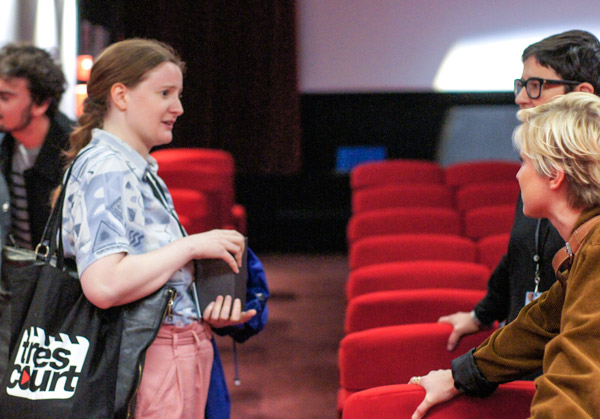 The 24th edition in brief and in links :

> Find the whole list of winners
> See again the faces of the members of the International Competition,  Paroles de femmes and the Défi 48h Très Court Environnement.
> Discover the network of cities who bring the festival to life in the four corners of the world
> Greet all  our parteners without whom the festival would not be possible
> Tag all our photos and videos on our social networks : Instagram, Facebook et Twitter.